Wildflower of the Month: October, 2022 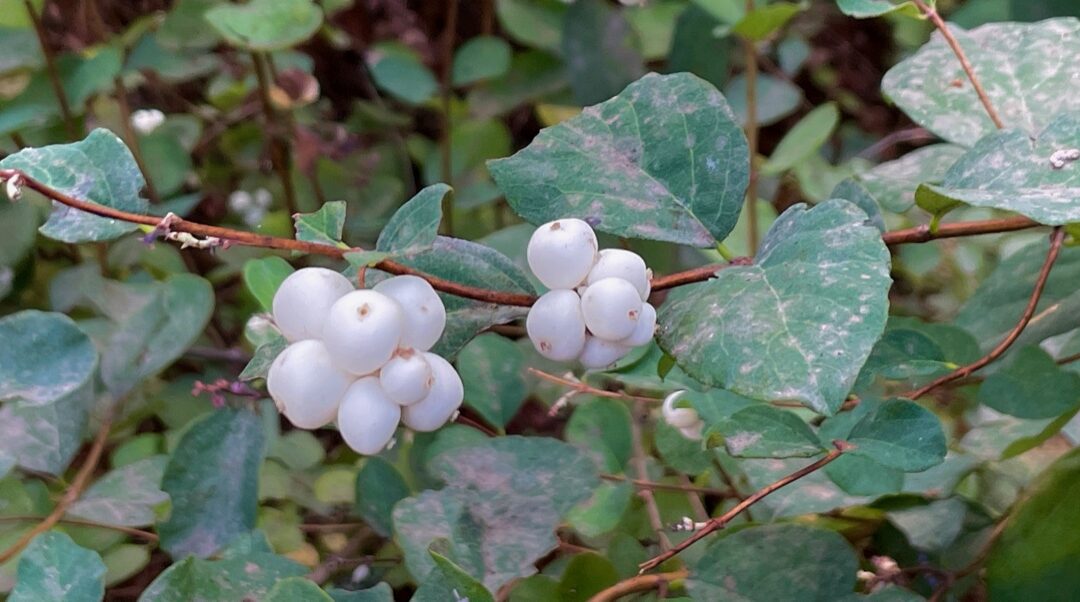 Common Snowberry is a species of flowering plant native to North America in the honeysuckle family. It has small, whitish to pink flowers that last over a long period in summer.  Snowberry flowers attract pollinators, including bees and hummingbirds.

The puffy white fruits that follow are far more conspicuous and can be seen in the park now, some near the Wilkins Shelter. The berries often remain on the plant all winter, long after the leaves are gone. While some of the berries may be eaten by wintering birds, they appear to be a food of last resort for other wildlife and are poisonous to humans. Native Americans used the plant as medicine and to make soap; the wood was good for arrow shafts.

This deciduous shrub reaches between three to five feet tall and is a popular addition in native gardens, but tidy gardeners beware: it can spread rapidly by creeping rootstock. Contribution by Rachel Foster.

Other than the abundant Douglas aster, few natives bloom in fall, but you can usually spot the occasional, late California poppy, here with the asters.