It was important for the Oak Knoll that it be opened to the public, so it can be appreciated, protected and restored. The habitat in Hendricks Park is threatened by the encroachment of Douglas-fir trees, which grow much taller than the Oregon White Oaks and end up dominating the forest to the detriment of the oaks. 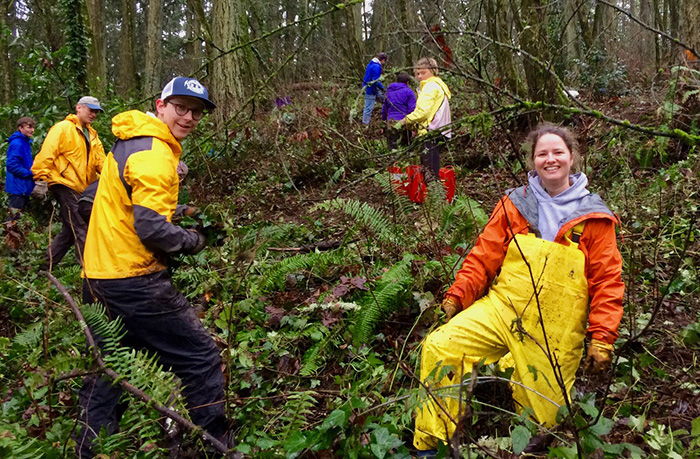 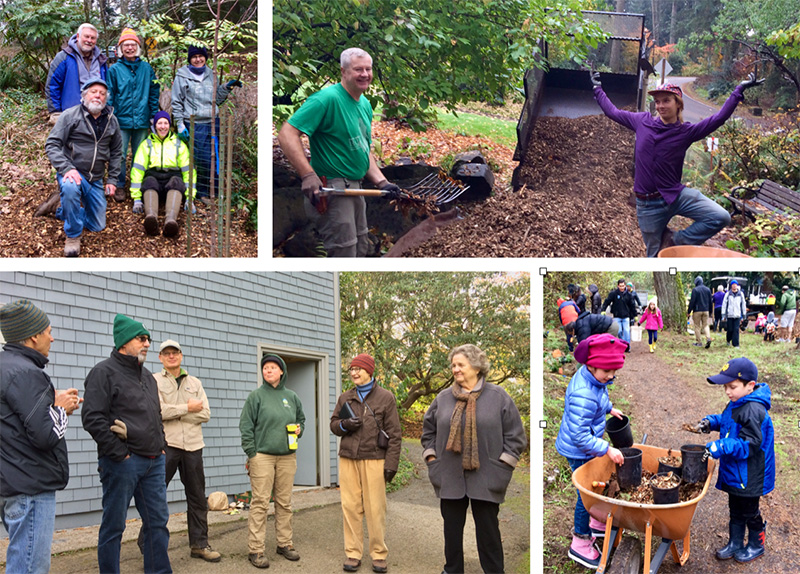 The Friends of Hendricks Park completed a “Restoration and Management Action Plan” for the Oak Forest Management Unit (OFMU) in Hendricks Park (Salix Associates, March 2006). The plan was commissioned to prescribe treatments and management actions intended to nudge the vegetation and other habitat factors of the OFMU to a desired future condition similar to the more open, oak-dominated woodland and savanna habitat present around the time of EuroAmerican settlement in the mid 19th century. These treatments would reverse the exotic invasion and conifer encroachment, and restore rarer native habitat values associated with the oak habitats.

Forest Restoration – Ivy Removal: One of the major restoration projects the Friends have participated in is the removal of ivy from the trees and floor of the Forest of Hendricks Park. The first step was removal of ivy from the trees, to help prevent the spread of ivy by birds eating its berries. Removal of ivy from the forest floor is continuing, with over 36 acres of ivy removed out of nearly 55 acres of urban forest which have been overgrown by this invasive. In your next hike in this urban forest, notice native plants making their comeback where ivy has been removed versus the forest where ivy still dominates.

Invasive Species Control: Invasive species control is a concern throughout the Park. In the Forest, invasives move in when ivy is removed (herb robert being a prime example). In the Rhododendron Garden and Native Plant Garden, removal of invasives is also a constant endeavor that Park staff and volunteers undertake.

Removal of invasive species, other than ivy, is ongoing. Throughout the gardens and the forest, staff and volunteers strive to keep up with non-native invaders. Herbaceous plants, such as celandine, herb robert, nipplewort, wall lettuce and shining cranesbill are the hardest to control. Thousands of hours of volunteer and staff time have been spent to remove these. At times it seems as though no progress is being made, but there are now significant tracts of land with very few non-native species remaining, and the natives are filling in nicely. Hundreds of non-native trees and shrubs, such as horse chestnut, laurel and Norway maple, have also been removed over the last few years, allowing the native understory to grow stronger.