What a Year It’s Been! 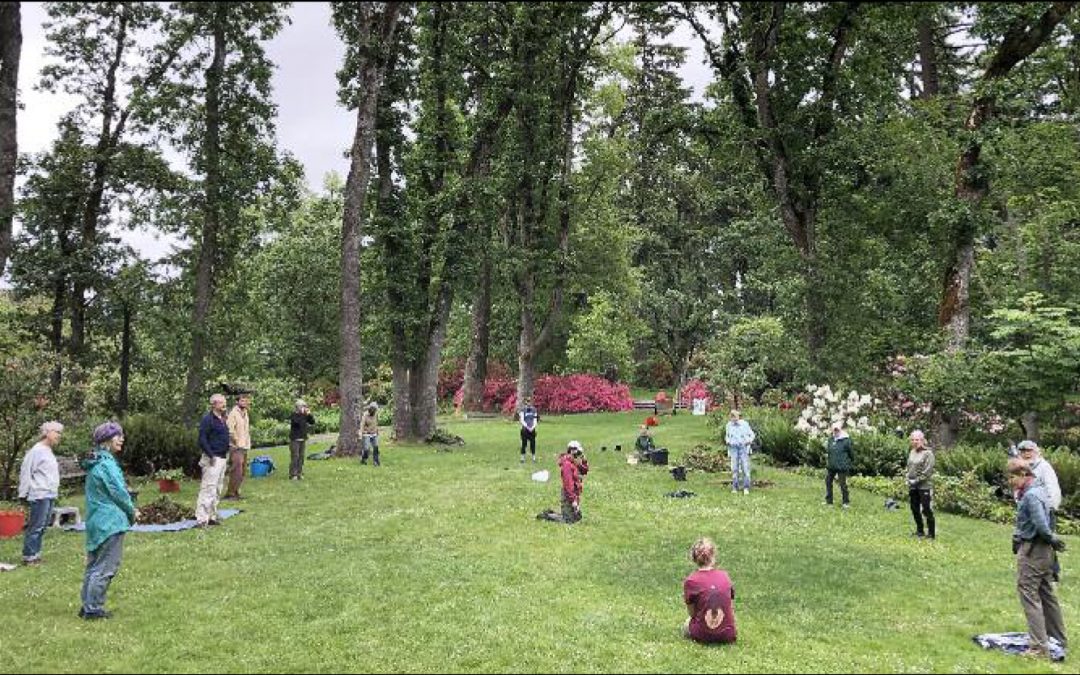 In the third week of March, due to COVID-19 guidelines, Parks and Open Space cancelled all group volunteer events, first through April 8 and then through May 11. Hendricks Park Volunteer Coordinator Christina Bentrup, who doubles as gardener in the Native Plant Garden, was assigned to the City of Eugene’s Emergency Operations Center, and spent only minimal time in Hendricks Park. She returned to normal hours the fourth week of April, and spent lots of time weeding.

Rhododendron bloom typically peaks in early May, making the park a favorite destination on Mother’s Day. The Rhododendron Garden was very busy with visitors the week leading up to Mother’s Day, so lead worker Emily Aune took extra precautions to help with social distancing, such as marking some trails one-way. “To avoid high levels of foot traffic on our narrow trails, we also asked the city’s marketing department to do some outreach and request that people NOT visit the garden that day,” Emily said. “The marketing team created a virtual walking tour of the garden so folks could see the blooms from home.” Perhaps that’s why this Mother’s Day was less busy than any other day that week.

Some trusted volunteers worked in the park on their own all through the closure. Group volunteer activities started up again right after Mother’s Day, with masks, social distancing and no snacks. Attendance was sparse at first, but picked up as spring moved into summer. By the end of August, attendance was excellent, with several newcomers joining the group’s ‘old faithfuls.’ Then came the smoke, and two more weeks without volunteering, as Hendricks Park was closed.

Since the park reopened, volunteers have returned with enthusiasm—masked of course—to the park’s two gardens and, with the help of several new recruits, have been piling on the hours, for a total of 1737, May through October. And in spite of the closures, volunteer activities in the park’s forest have not suffered: this past ‘forest year’ (September 2019 through July 3, 2020), 453 volunteers totaled 1479 hours, actually surpassing the previous year’s numbers.