Wildflower of the Month: November, 2022 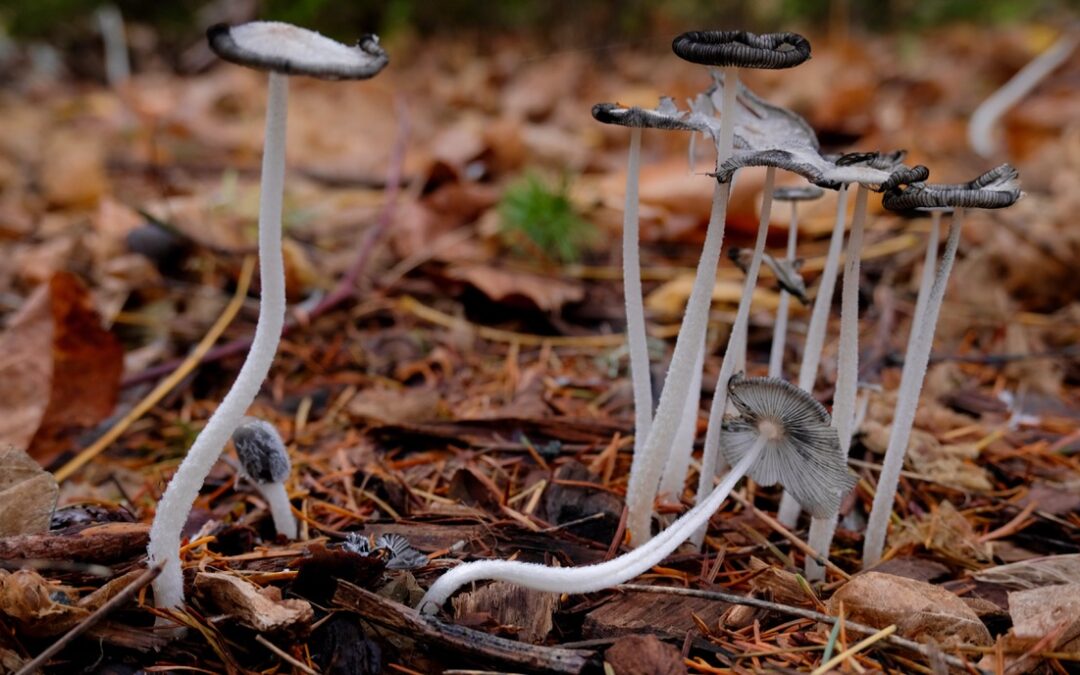 While the wildflowers sleep for now, the fungi have arrived after fall rains.

The common ink cap, in the genus Coprinus, is a mushroom found throughout the northern hemisphere in both America and Europe. It is related to the larger and fleshier Shaggy Mane, which is a good edible, while the ink cap can be poisonous when combined with alcohol.

Clumps of ink cap mushrooms appear from spring through autumn, commonly in urban and disturbed habitats such as parks, vacant lots, and lawns, as well as in rural grassy areas. The grey-brown cap is initially bell-shaped before opening, after which it flattens and eventually disintegrates, turning into a black, ink-like liquid from which the mushroom derives its name. Thank you to Joe Spivack for mushroom identifications.

Rosy Conk (Fomitopsis cajanderi) on a log at Hendricks Park