Wildflower of the Month: February, 2022 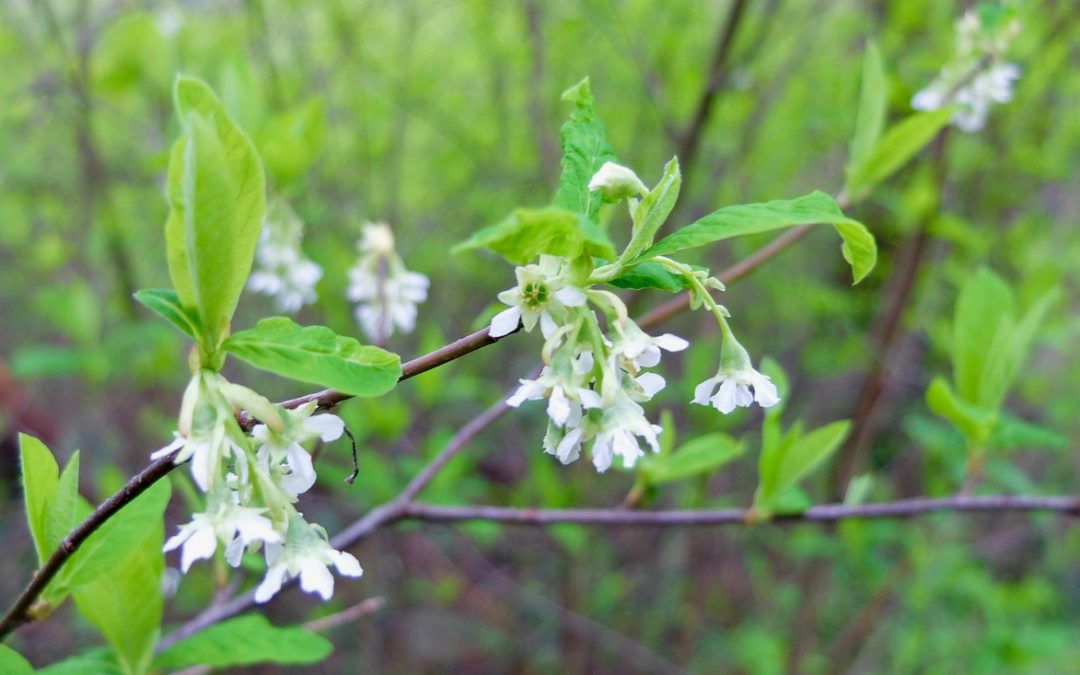 Osoberry is one of the very first native plants to bloom in the new year, producing tassels of small, greenish white flowers as early as late January. As such, it is an important early season nectar source for hummingbirds, native bees and other pollinator species.

Light, upright green leaves, which smell like cucumber when crushed, are quick to follow the flowers. No other native shrub ushers in spring as splendidly as does the Osoberry, or Oregon Plum, so called because its peach-colored fruits resemble tiny plums that turn dark blue when ripe. Native Americans included Osoberry in their diet and made tea from its bark. The fruits are readily eaten by wildlife, as well.

Native to much of the Pacific Northwest west of the Cascades, the plant is abundant throughout Hendricks Park in both sunny and lightly shaded areas; it can grow to small-tree proportions. This shrub is dioecious, meaning male and female flowers are borne on separate plants.